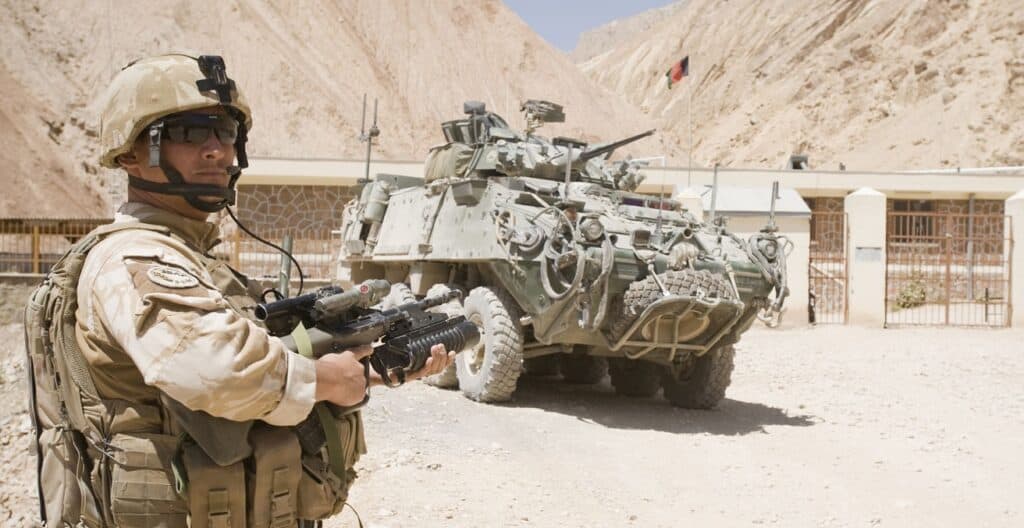 On 9 July, the President of the United States repeated his intention to end the American military engagement in Afghanistan, which began in October 2001, at the end of August. To justify such a withdrawal, which may soon open the gates of Kabul to the Taliban, Joe Biden said: “We did not go to Afghanistan to nation build.”

This is a historical lie.

Joe Biden knows this very well because in 2001 he was not an uninformed average citizen. He was chairman of the Senate Foreign Relations Committee. In January 2002, he was the first American elected official to visit Afghanistan after the attacks of 11 September 2001 and the Taliban’s power in Kabul fell, on 13 November 2001, to the Northern Alliance, a coalition financed by the CIA, whose advance had been aided by the bombing of the US Air Force.

The reality is that the Americans initiated and led an international conference on Afghanistan in Bonn on 5 December 2001. There they had their allies endorse the man they had chosen to lead the country: Hamid Karzai. And they made a public commitment to ‘rebuild, democratise and develop’ Afghanistan. To do this, they brought NATO into the country. They have set up Provincial Reconstruction Teams everywhere. They invested hundreds of billions of dollars in civilian and military spending. They organised democratic general elections.

How do you explain such an effort? After having succeeded brilliantly, at least in appearance, in bringing about a very rapid rout of the Taliban in November 2001, the United States, then dominated by neo-conservative thinking, was seized, at that very moment, by a form of neo-colonial hubris.

In 2009 in Kabul, the aptly named Russian ambassador to Afghanistan, Zamir Kabulov, told the French ambassador: ‘If we Russians failed, it is not that we were bad. We were very good. But the task was simply impossible; the Americans will fail like we did. I reported this to General Stanley McChrystal, who was then in command of the Western forces in Afghanistan. He dismissed the prophecy, believing that America – a power necessarily smarter than the Soviet Union of the 1980s – would succeed in stabilising the country.’

A year later, President Obama ordered an increase in the US contingent in Afghanistan. If Joe Biden, the vice-president at the time, didn’t agree, why didn’t he put his job on the line?

What is certain is that Senator Biden, in his votes, was fully aligned with the neo-conservative delusions of grandeur of the early 2000s. He fully endorsed the ambitious US neo-colonial expeditions, first to the Hindu Kush, then to Mesopotamia.

On Afghanistan, Biden has been more Trumpist than Trump. As the Taliban began to conquer new districts all over the country, in defiance of their commitments, was it necessary for the Americans to leave the large air base at Bagram, which was easy to secure? Was it so difficult for Biden to understand that withdrawing the last American soldiers from Afghanistan would have a profound demoralising effect on the Afghan security forces?

Didn’t the Democratic Party leader feel a little ashamed in throwing ethnic minorities and Afghan women to the mercy of obscurantist bearded men?

Some will say that the American Republicans did abandon South Vietnam to the communist invaders in 1975. That’s true, but the White House at the time at least had the excuse that it was Congress that cut off the South Vietnamese army. Biden has no excuse for this hasty abandonment. The current Congress is not calling for it.

After getting rid of the Arab internationalist fighters in Afghanistan at the end of 2001, America could very well have decided not to settle in the country. It could have been content, via the CIA, to continue financing friendly combatant groups and to demand that Pakistan not give refuge to the Taliban.

It freely made a different choice: that of a “civilising mission” à la Jules Ferry. You don’t just go out and do this kind of thing whenever you want. The example of Mosul showed that a hasty departure could turn into a catastrophe.

America’s honour, but also its long-term interest in the fight against jihadism, would dictate that it should not give back to the Taliban the country that it took away from them through war twenty years ago.