Abusing the right to asylum? 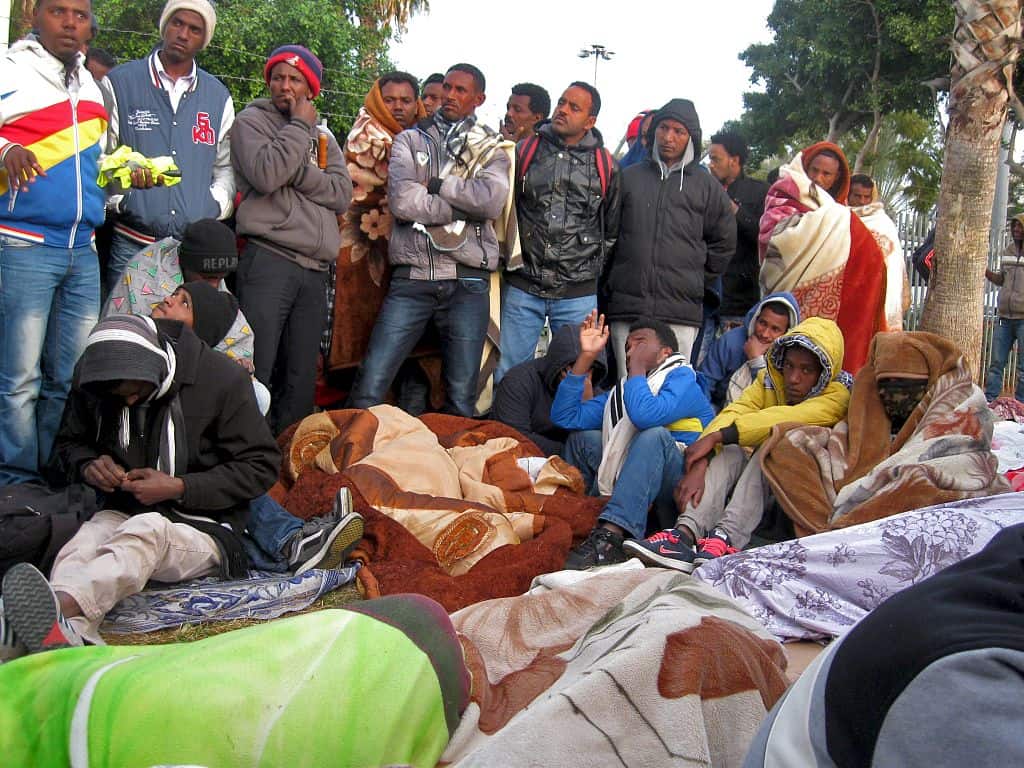 The family of the Chechen terrorist who beheaded Professor Samuel Paty in the street was a regular resident of France, enjoying the right of asylum. A political refugee, the killer was in possession of a regular residence permit, valid until 2030.

To show his gratitude to the Republic for giving him asylum, for providing him with free care and education, for helping him find accommodation, Abdullakh Anzorov found nothing better to do than to assassinate one of the hussars of this same Republic, who enthusiastically fulfilled his mission of teaching history and civic education.

In the French legal system, the right to asylum appeared during the Revolution. It is not set out in the Declaration of the Rights of Man and of the Citizen of 1789, but it is provided for in the constitution of 1793, which states that the French people “give asylum to foreigners banished from their homeland in the cause of freedom. It denies it to tyrants”.

The idea at the time was that revolutionary France, the mother of political freedom and equal rights, should welcome home writers who, militating for the values of the French Enlightenment, were persecuted in the monarchies where they lived.

This idea is taken up in the preamble of the 1946 constitution, which states that “any man persecuted because of his action in favour of freedom has the right of asylum in the territories of the Republic”. This provision, incorporated into the constitution of the Fifth Republic, is still in force.

In its history, the French Republic has almost always been welcoming to people who have been victims of persecution, whether racial or political. If we look back to the 20th century, France has warmly welcomed the survivors of the Armenian genocide of 1915, white Russians rejecting Bolshevism, Spanish Republicans fleeing Franco’s regime, German or Polish Jews who were victims of Nazism, and the boat people of Indochina under Communist rule. These people then made it a point of honour to defend the values of the homeland that had welcomed them.

Among the heroic soldiers of Free France who fought under the orders of General Koenig at the battle of Bir-Hakeim, stopping the Afrika Korps’ advance towards Alexandria for two weeks in June 1942, there was a significant proportion of these Eastern Europeans who had taken refuge in France after fleeing Nazi or Stalinist totalitarianism. Loving France, they served it even more valiantly than many native French people.

The father of the great French philosopher Jankélévitch was an Ashkenazi Russian doctor from Odessa who, wanting to flee pogroms and discrimination, chose France as a land of asylum. This was at the time of the Dreyfus affair. But his reaction was: “a country where, if you are Jewish, you can still become a captain and where half the population will demonstrate for you if you are unjustly accused, cannot be a bad country!”

Samuel and his son Vladimir Jankélévitch loved their adopted country passionately and served French science and literature brilliantly.
These Jews from Central Europe, who came to France between 1880 and 1950, integrated perfectly into a French society which was at that time overwhelmingly Catholic.

They never made any trouble and would never have dared to ask that pigs not be served in the school canteen or that people not work on Saturdays. Like Romain Gary, they fought for the freedom of France and enriched its culture. Never, never would they have whistled at the Marseillaise in a stadium.

The same perfect integration took place for the Armenians, the Russians, the Spaniards, the Indochinese, all in love with French civilisation. But, from the 1980s onwards, the state made the serious mistake of giving asylum to people who had no particular love for France. What is more, the state neglected the integration and adherence of their families to the values of the Republic.

Many of them, in fact, profess a Salafist Islam, which despises the fundamental values of French civilisation, such as freedom of conscience, thought and expression, such as equality between men and women, such as the necessary separation between politics and religion.

Massively hijacked as by human traffickers in Africa and the Middle East, smugglers whose profits surpass those of drug traffickers, the right of asylum is now only a shadow of its republican vision. It is the favourite gateway for economic migrants.