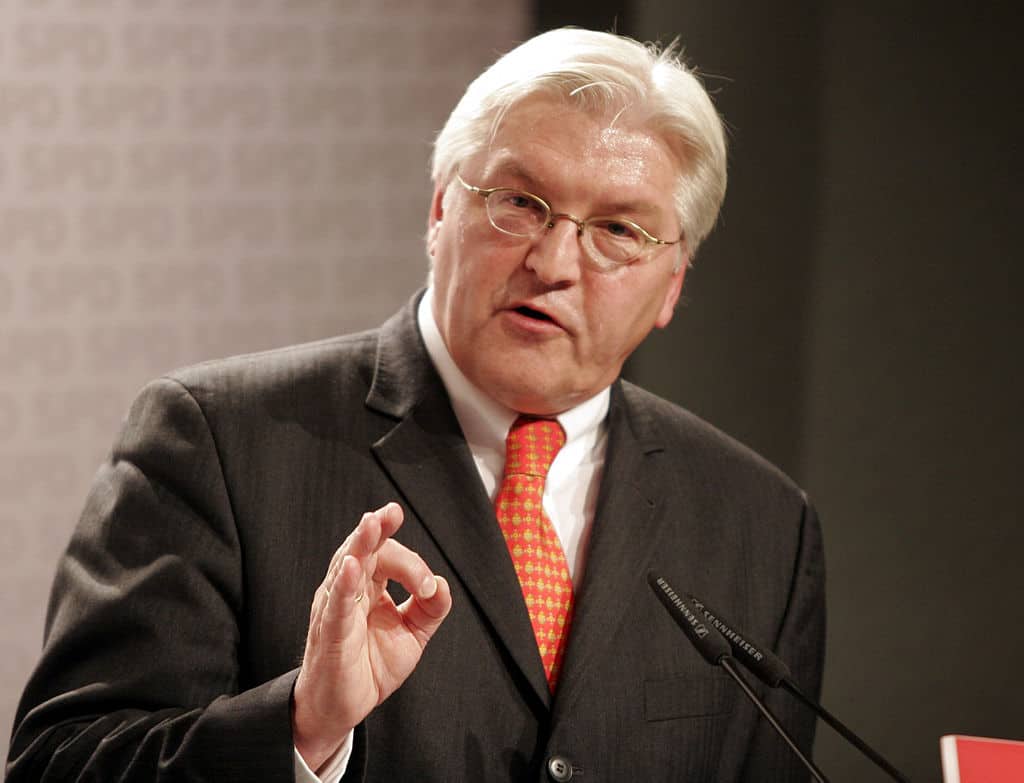 December 24 is when Germans celebrate Christmas, on ‘holy night’, gathered together in small family groups perhaps before visiting Midnight Mass, a tradition played out across much of Europe of course.

It has become traditional on 24 December for the Federal President to invite the TV viewers of the Zweites Deutsches Fernsehen to an hour of readings and music to usher in Holy Night. This year Frank-Walter Steinmeier and his wife, Elke Büdenbender, invited viewers to Dieburg, in southern Hessen, to an empty church with a small orchestra and a few readers and singers. The second year this event has been held in such spartan surroundings.

The newly created Federal Republic returned in 1949 to the system of the Weimar Republic, separating the role of chancellor, the political leader, from that of president, the Head of State. The Head of State is normally a politician who chooses to become non-partisan to represent all Germans in a largely, though not entirely, ceremonial role, and is voted in every five years by an agreement (though again not always) of all parties, to a maximum tenure of ten years.

There have been a few forgettable presidents along the way, but also some remarkable individuals: the first president Theodor Heuss who did much for Germany’s wretched image abroad in the 1950s, Gustav Heinemann, who presided over the tragedy at the Munich Olympics and one of the most turbulent periods in German politics in the 1970s, the very remarkable and unforgettable Richard von Weizsӓcker, whose speech marking the 40th anniversary of the end of the second world war marked a watershed in how the right of politics (from which he had come) viewed the defeat in the war.

In Frank-Walter Steinmeier, who looks like he will be re-elected unopposed later this year, Germany may have found the best president yet. A former social democrat foreign minister in Merkel’s cabinet, much respected by all his cabinet colleagues, he has all the attributes of a President: sobriety and discipline – remarkably, he is neither Lutheran nor Catholic, but a Calvinist, a rarity for a leading figure in Germany – intelligence, foreign relations expertise; a gifted speaker and diplomat and married to a charming and very successfully spouse, a lawyer and patron for UNICEF in Germany.

One has become used to Steinmeier’s excellent commentary on almost any subject domestic and international, words wisely chosen. Therefore his observations, and those of his wife, on the pandemic and its impact on Germany, on the disastrous flooding of the Ahr river earlier in the year, on the change of government in Berlin, were as usual sober and carefully worded. Nothing remarkable or unexpected in that. The president is as far removed from a populist as it is possible to imagine.

What was remarkable to this observer were the personal recollections when Mr and Mrs Steinmeier were asked for their childhood recollections of Christmas. It turns out both are the children of carpenters (joiners). Both achieved great success in their chosen careers despite very humble roots and family hardship (Steinmeier’s mother was, like mine, a war refugee from Silesia).

Which is modern Germany in a nutshell. The president and the “first lady” had carpenters as fathers. Because although money and status can buy you many things in Germany as elsewhere, of course, they are not necessarily predictors, they don’t guarantee you will end up at the top of your profession or indeed running the country.

Post-war Germany is a somewhat “class-less”, rather egalitarian, at times ruthlessly meritocratic society. There’s no Eton, or Harrow, or even Fettes College, so you have to make it in the state school and university system. It is easy to get left behind. The most talented often make it to the top. It can be somewhat unforgiving on those who don’t “cut it”.

I know of some other countries on Europe’s borders that might benefit from a similar approach, perhaps. Less privilege, more meritocracy. More genuine levelling up, beyond class and status and school ties. A happy new year to all our followers on the island at the edge of Europe.

Libya’s chaos isn’t over yet