Australia: how to regenerate rural areas 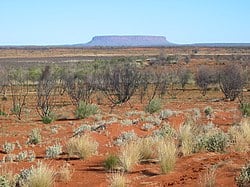 A spate of magazine stories have appeared in the past month predicting a shift of young home-buyers and companies out of our capital cities into the regions.

Most readers will have come across the genre – profiles of millennial couples buying a cheap house in a small town, two hours from the city, with plans to start a family and confident that at least one partner will be able to continue working from home.

Market forces, technology and lifestyle factors seem to be converging. House prices, congestion and two hour commutes in Sydney and Melbourne will force many to look elsewhere. And some of us have discovered that working from home can be feasible.

But the century-long pull of the metropolis in Australian life that has hollowed out many of our regional and rural communities will not subside easily. Public policy will need to reinforce market forces and the lure of a safe, friendly community in which to raise a family.

We think policy should work to revive regional and rural Australia. The costs of urban infrastructure are now exhorbitant and will keep escalating, while the social benefits of smaller and more connected communities have always been apparent.

This is our policy agenda to drive a revival of regional and rural Australia.

1. Introduce a $5,000 annual tax rebate for households living and working in regional and rural Australia. One third of Australian households, specified by local government area, would be eligible with a restriction to households earning less than $180,000 pa. The annual cost in revenue to the Commonwealth would be $17bn, which would pay for itself in reducing the now burgeoning costs to the Commonwealth and states of urban infrastructure.

2. Establish a Norwegian-style Natural Resources Sovereign Wealth Fund by which all tax revenues flowing from mining operations in Australia would be quarantined from ordinary recurrent expenditures of government and invested, with a statutory requirement that half the income from the Sovereign Wealth Fund be directed to education and research and development/knowledge clusters in regional and rural Australia.

3. Establish an Emergency Drought Fund whereby emergency measures to preserve stock, infrastructure and livelihoods can be financed by the Commonwealth on the HECS model, whereby debt incurred is repayable from future income above a compulsory repayment threshold of $45,881, administered by the Tax Office.

4. Establish a Regional and Rural Bank as a new public banking institution to provide core financial services at cost to households, farms and small businesses such as savings accounts, payment services, mortgages and basic credit, and regional and rural lending services, based on similar models in Germany, the Netherlands and Switzerland.

The entity would be independent but backed by the Commonwealth and funded by government equity, deposits and public debt, and governed by an independent board. After a period of ten years, it would adopt a mutual structure to prevent its future privatisation by hostile governments.

5. Ban foreign ownership of income producing land, regardless of size or value. Restrict foreign ownership of rural businesses to a maximum of 50 per cenr and require all profits made from any foreign-local joint venture to be either reinvested in Australia or be subject to a super tax of 35 per cent before any profits may be repatriated to a foreign partner.

6. Introduce a City-Country Work and Family Partnerships Scheme whereby firms in metropolitan areas and firms in country areas are encouraged to partner with each other in developing shared work, training, career development and mentoring opportunities; shared business infrastructure and culture; and shared family and social development arrangements. Partnering firms would each receive a corporate tax rebate of 15 per cent of their tax liability.

10. Permit farmers and land-owners to approve or veto mineral exploration and mining operations on their own land.

11. Allow households, farmers and small businesses to generate energy from any source and sell it back to the grid without regulatory obstacles or restrictions.

12. Establish a large-scale $5bn National Rehabilitation Scheme to rehabilitate degraded land and eradicate invasive species comprising both paid workers and volunteers. The scheme would acquire 3,000 properties on marginal, agriculturally unsustainable land which are the most degraded and least commercially viable farming operations, and support owners/occupants of these properties to either remain as custodians of ecological rehabilitation operations or to leave farming.