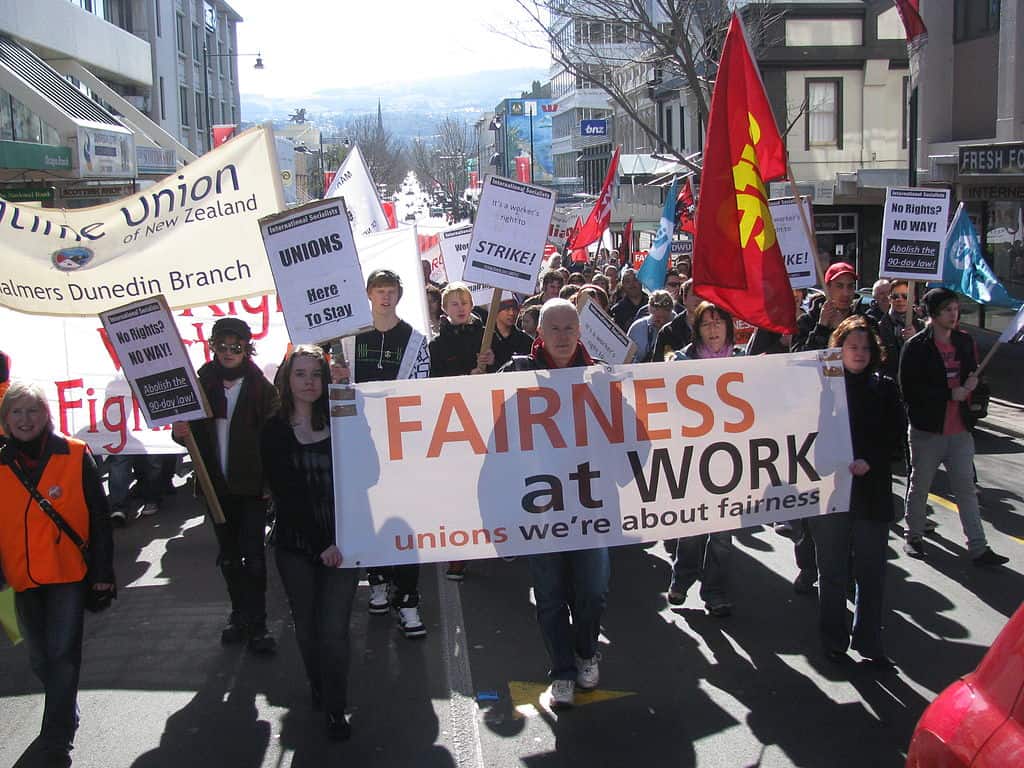 This is one of the most common utterances to come out of young children’s mouths. A sense of fairness seems somehow ingrained in the human psyche from an early age. I’m not sure where it comes from, though those with a background in evolutionary psychology no doubt can enlighten us.
But what is ‘fairness”?

A US based philosophy professor once published a paper describing the outcome of an exercise she conducts routinely in her classes. She divides her class into groups and gives each group a cake. She then asks each group to divide the cake ‘fairly’.

It’s the same in life and in politics. What is fair and what isn’t? Some believe in drastic re-distribution to level things out. Others take a more biblical view (Matthew 25:14-30 and Luke 19: 11-27) of handing out rewards according to one’s talents or the outcome of one’s work.

Some believe in appointing people to jobs according to ability and rewarding them on the basis of the outcome of their work; others believe that this should all be subordinated to issues such as diversity. Some believe that criminals should be punished harshly; other believe that the focus should be on understanding of the causes and and on rehabilitation.

None of these interpretations are, in the absolute, right or wrong. They represent different perspectives on what constitutes fairness.

Which is why I cannot resist letting out deep groans when political parties come out with the banal statement that they will create a fairer society. As though that means anything at all. The only thing it means is that they have a particular view of fairness (which they rarely communicate with any clarity) and that they believe that their view is the absolutely right one.

Which is a load of codswallop. Not to mention that any single view of fairness is, in any case, never perfectly achievable.

Rather than aiming for one view of fairness, we should accept that fairness is, and will always remain, a contested concept. That different people, different groups and different cultures will take different views and there is no divine, infallible arbiter to establish that one is more legitimate than the other.

If we were to take such an approach, be clear as to what we believe is ‘fair’ and why, and be prepared to accept that alternative formulations also have legitimacy – at least to some degree – then we would have a much more interesting and more useful public discourse.

Of course that’s not what happens. Rather we join together in tribes of individuals who all have the same view and then whip each other up into a frenzy that those who disagree with us are somehow evil, or not compassionate, or whatever other hyperbolic description – that they’re all fascists; or xenophobes; or whatever) we can muster to convince ourselves that we somehow have a monopoly on righteousness.

And in this bizarre social media world, we then become outraged at anyone who expresses a different view, somehow believing that righteousness lies on the side of those who can muster the greatest degree of outrage.

Am I the only one who’s had enough of all this?