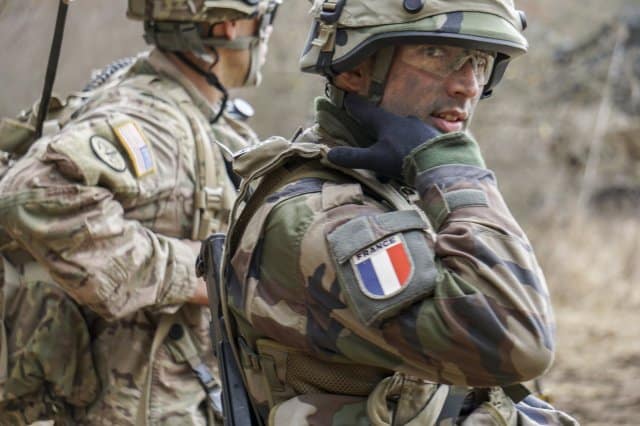 France has been waging war in the Sahel for almost six years. This is longer than the Second World War. This is all the longer as there is no prospect of a solution on the horizon.

However, it is not as long as another asymmetric conflict which the French army once led in a country neighbouring the Sahel: the Algerian War (1954-1962) against the Muslim rebels of the FLN (Front de libération nationale).

Yet there are five major differences between the Algerian war of two generations ago and the current Sahel war: the stakes, the motivations of France’s enemies, their supporters, France’s supporters, the existence of real options for resolving the conflict in the short term.

In Algeria, the human, political and economic stakes directly affected France’s interests. In the north there were three French departments in which lived more than one million French citizens. In the southern Saharan territories, administered by the army, there was oil and the desert areas necessary for the nuclear experiments of the “strike force”.

In the Sahel, the stakes are more distant, but in the long term, no less important. Africa is Europe’s neighbouring continent. Do we want it one day to be cut in half by a Sahelian gang controlled by fanatical jihadists, dreaming about establishing a caliphate, gangs adept at drug and human trafficking?

After the bloody All Saints’ Day of 1954 (the murder of an innocent schoolteacher couple), the motivations of France’s enemies in Algeria were very clear: they wanted the independence of this territory conquered by force in 1830.

Their international support was important in a historical context where the United Kingdom and Holland had already granted independence to India and Indonesia respectively. Egypt of Nasser, Tunisia of Bourguiba, Morocco of Mohamed V functioned as sanctuaries for the FLN rebels. Tito’s Yugoslavia provided them with weapons. The United States of America supported them diplomatically. In the Algerian war, France was internationally isolated.

But five years after the outbreak of the conflict, France had succeeded in creating a real alternative. As it had won the war on the ground and reduced the fighting units of the FLN to a rump, it could remain in Algeria on the obvious condition of granting French nationality to its ten million Muslim subjects.

President Charles de Gaulle chose the other alternative, independence. As he had told his young minister Peyrefitte, he did not want a “Colombey-les-deux-mosquées”. The human cost of the Gaullian decision, the execution of which was botched, was immense. The French were massacred in Oran, French families were robbed throughout Algeria, Harkis was abandoned to the horrible revenge of an FLN that did not respect its commitments under the Evian agreement (March 1962). But at least France and its young men, who were doing 28 months of military service at the time, were able to move on.

In Algeria, the conscription army reached 400,000 men in 1959. In the Sahel, the French army, fully professionalized since the Chirac years, only deployed 4,500 soldiers. It has the political support of all the states of the world and the logistical support of its American and European allies. But is this enough to avert the jihadist threat in a territory as vast as the European Union?

After 18 years of presence in Afghanistan, the US army faces an unflattering record. The Taliban control the countryside by day and the cities by night. The Kabul government has no control over its country. The White House is quietly seeking to restore power to the Taliban.

It is never easy for Westerners to intervene in Islamic lands. In the Sahel, French soldiers have not seen an improvement in the overall situation since they intervened in 2013 to prevent Bamako from falling into the hands of jihadists. Mauritania, Chad and, to a lesser extent, Niger, have armies that know how to fight.

Mali, on the other hand, is an extremely weak state, plagued by corruption and inter-tribal hatred; it has never succeeded in recreating an army worthy of the name. As for Burkina Faso, its state structures have collapsed since the popular overthrow of Blaise Compaoré in October 2014.n

President Macron was right to demand real military participation from his European allies. But this will not be enough to solve the problem of the Sahel. Because the problem remains that of a fundamental weakness of its member states.