Why 2018 is the year of nuclear peril 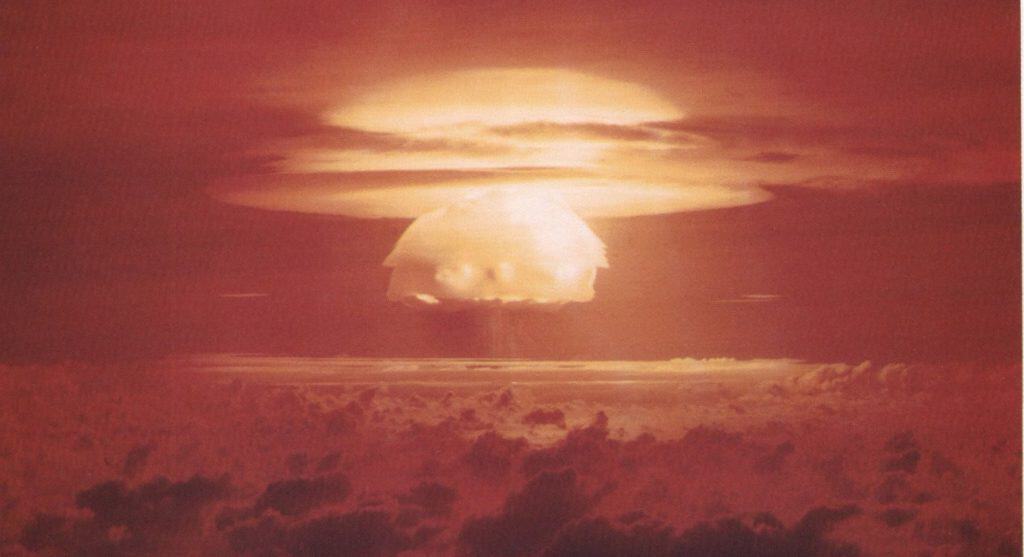 This year, we will celebrate a chaotic fiftieth anniversary of the Nuclear Non-Proliferation Treaty (NPT). All countries are signatories exception for India, Pakistan and Israel.

Apart from the five permanent members of the UN Security Council (the P-5), all of which are nuclear powers, the signatories to the treaty undertake not to develop or acquire nuclear weapons. In exchange, the nuclear powers have the obligation to make nuclear power generation technology available to all treaty signatories. The International Atomic Energy Agency in Vienna (IAEA) is responsible for verifying the proper application of the treaty.

In his January 2002 State of the Union address, US President George W. Bush placed North Korea in the ‘Axis of Evil’. Less than a year later, North Korea officially withdrew from the NPT. In this New Year 2018, Kim Jong-un declared North Korea a nuclear power with intercontinental missiles, just like the United States.

“It’s a fact, not a threat! North Korea is a peaceful state that only seeks to defend itself!” insisted the supreme leader. He then extended his hand to South Korea, expressing the hope that North Korean athletes could participate in the Olympic Winter Games in February 2018.

Seoul responded rapidly and favourably. On Tuesday, January 2, South Korea proposed an expeditious ‘high-level meeting’ with the North Korean authorities to discuss the North’s participation in the Olympic Games and to ‘Improve relations’ between the two countries. To facilitate the resumption of dialogue with the North (ceased in May 2016), South Korea also indicated a potential readiness to postpone the next military training manoeuvres with their American allies.

Given the state of mind of his South Korean ally, one can hardly imagine the US President ordering a pre-emptive strike against North Korea to deprive it of its new status as a nuclear power. In the showdown between Pyongyang and Washington, the former won. Bad news for non-proliferation.

Iran was also part of President Bush’s Axis of Evil. After secretly resuming a military nuclear programme in 2002, on the 14 July 2015, Iran officially renounced its nuclear programme by way of its agreement with the P-5 and Germany. Through its regular reports, the IAEA notes that Iran is living up to its obligations. In spite of this, Donald Trump has, since his investiture in January 2017, threatened to abandon this agreement, which in his view is “the worst treaty that America has signed in its history.”

Will the US President take the opportunity of the events that are currently agitating the Iranian cities to take action?

There are two possible scenarios for how the political situation in Iran might develop. One is that the authorities of the Islamic Republic take note of the discontent of the people and decide to lead the country down a more liberal route. It is clear that the principle of velayat-e-faqih (the government of religious scholars) is ever less acceptable to the Iranian population and is expected to disappear at some stage.

When? – is the question. In this scenario, the authorities would stop their overseas adventures and instead use public money to improve the daily lives of Iranian citizens. With an Iran renouncing any regional hegemonic claim, the nuclear deal has a bright future ahead of it.

But, after Supreme Leader Khamenei on 2 January 2018 described the protesters as “enemies paid and manipulated by Saudi Arabia”, a darker scenario unfortunately becomes more likely. This would involve a fierce crackdown on the protest movement by the pasdarans and a shift towards an even more authoritarian and more Islamic regime. The equivalent, all things being equal, of what happened in China after the Tiananmen Massacre (June 1989).

Were that to happen, Trump would have no further qualms about abandoning the nuclear agreement. Threatened by an America openly calling for regime change, the mullahs would resume their enriched uranium production, plunging the entire Middle East into a dangerous race for nuclear weapons.

The worst being never certain, an intermediate scenario might prevail. One thing, however, remains certain: the Iranian question – and its nuclear implications – will remain a huge diplomatic challenge throughout 2018.