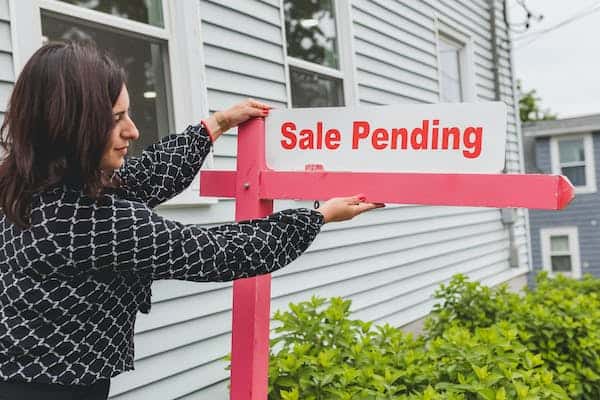 Few would disagree that we face a housing crisis, but few agree on what the key problems are and how to fix them.

One of the most significant disconnects between the Westminster bubble and public opinion is around house prices. Ministers have tended to view rising prices as good electoral politics, so long as they can still champion increasingly expensive ways to help First Time Buyers onto the rising first rung of the ladder.

But polling has increasingly diverged, with a recent Ipsos-Mori poll finding that only 18 per cent of the population believe that increasing prices are good for Britain.

Most maintain this even when price rises are financially advantageous for them personally.

Public opinion is also less fixated on home ownership than Westminster might imagine, with increasing numbers of younger renters fatalistic about their chances.

So we propose the aim of stabilising prices so they don’t exceed 25 per cent of disposable incomes, and providing flexibility for people to move easily to take advantage of life opportunities. This needs to be achieved through a healthy mix of house ownership and a reliable rental market.

In his last, recent tenure as communities secretary, Michael Gove proposed a wholesale reform of the private rented sector.

There is a broad consensus among the other main parties that the general principles of those reforms were correct. Abolishing section 21 ‘no fault’ evictions and giving greater security of tenure; only allowing rents to be increased once per year; requiring that homes meet the minimal Decent Homes standards.

There is also a broad consensus that we need to build popular support for new homes where they are needed. When Robert Jenrick published a white paper that his backbenchers perceived as circumventing local opinion, a revolt sank the reforms without much of a trace.

Other reforms with greater success have sought to mollify public opinion with a welcome focus on beauty, or neighbourhood planning.

We look at three factors that undermine public support: who can afford the homes, who leads the development, and who manages the shared facilities and estate charges once larger developments are built.

Currently these are left to the market, with an under-resourced planning system fighting a losing battle to uphold high standards.

This approach manifestly lacks confidence with the public – polls suggest fewer than one in twenty people trust developers, landowners and councils.

So we propose to give more powers to local people to take a lead: a ‘community right to grow’, giving permission in principle to community-led development on the edge of settlements. And a community right to manage their own estates, equivalent to the rights of leaseholders to take control of their service charge.

We also propose to introduce a system of employer-backed nominations agreements for all public sector institutions to create low-cost rental housing for nurses, care workers, prison officers and other key workers.

Models like shared ownership have drifted away from this purpose over the years, but it has strong public support and reassures people that a portion of homes built will meet these often-pressing local needs.

The one area we address which is politically more difficult is taxation.

The current system is not working. Stamp duty acts as a brake on mobility in the labour market. The absence of a capital gains tax on primary residences turns homes into pensions rather than places to live.

Council tax has long since been unmoored from property values, and cannot be used as a brake on price inflation or the underuse of assets in the way that a Land Value Tax allows.

These all need to change.

Three themes do not a comprehensive strategy make. But we’re suggesting that creating an attractive rental market, generating public support for new homes, and reforming the tax system in support of these goals, represent a good start.

Tom Chance will be leading a discussion on this topic at the Radix Big Tent London Summit on 29 November.

Tom heads up the national community land trust network and leads on its strategy and its work to mainstream the community ownership of land and affordable housing. Before joining the Network, he worked for the Greater London Authority in housing and planning policy, and as head of office for the Green Party group on the London Assembly.