On coalitions and political marriages 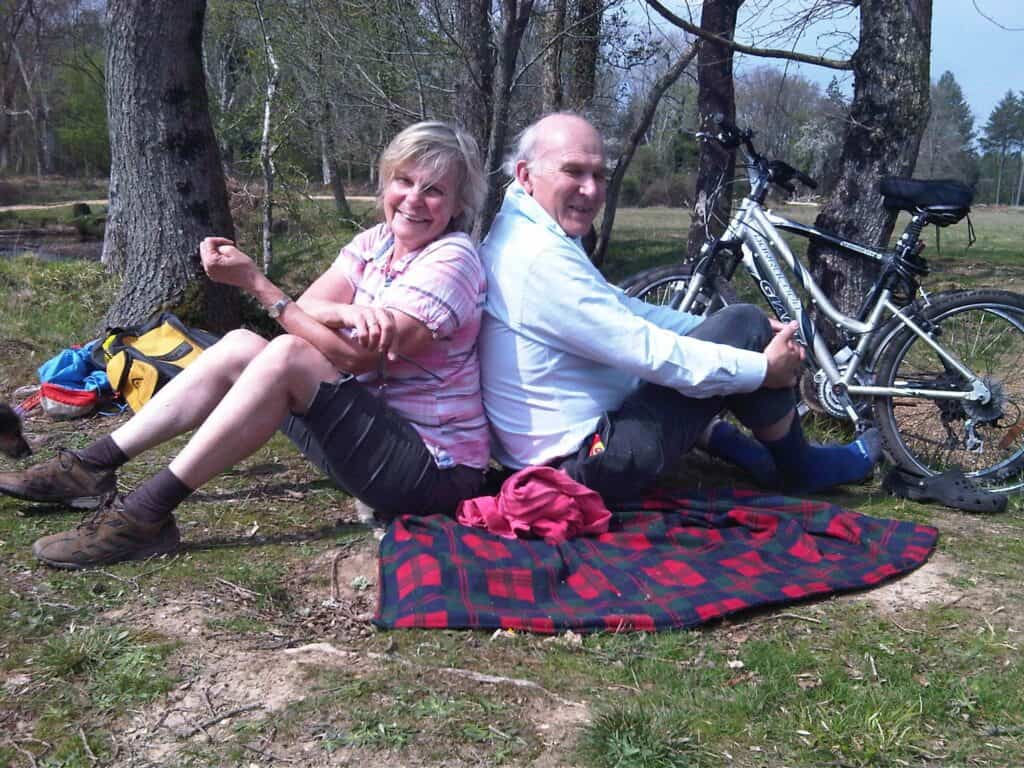 There is a jarring contrast between the abrasive, ideological tone of the new British Conservative administration, under Liz Truss, with a mandate from well under half of one per cent of the electorate, and the consensual, cross-party approach to national economic crisis and government adopted by the coalition 12 years earlier .

A new, inside, account of what they describe as ‘a divided decade’ is provided by a husband-and-wife team: Vince Cable (me) and Rachel Smith.

The political history of the period from 2010 to 2020 is a product of my recollections of life in the coalition cabinet, defeat in the 2015 election, then Brexit and returning to parliament to become leader of the Liberal Democrats.

This history is complemented by Rachel’s account of the same period for which the raw material is her diaries over that time: based on her life as a ‘political wife’, but also in family, farming and rural housing. The joint work is called Partnership and Politics in a Divided Decade and is published by The Real Press.

The coalition period now seems like ancient history and in terms of the style and quality of government it was. It was the first and only attempt at cross-party coalition government since the Second World War.

Controversy still rages as to whether the parliamentary arithmetic after the 2010 election and the seriousness of the economic crisis following the banking crash necessitated a coalition, and this particular coalition.

I argue that Nick Clegg’s decision to negotiate the coalition was right and it provided five years of stable and competent government. But there were strong internal disagreements — over the nature of ‘austerity’, electoral reform, immigration, Europe, tax, human rights, labour laws, welfare reform, housing policy and much else.

The book illuminates them and in particular the issues which I saw at first hand, or pursued, through my tenure at a major government department.

The coalition did however inflict grievous political damage on the Liberal Democrats and their role in the coalition seems to have been ‘airbrushed’ out of history. The book highlights some of the major changes which would not have happened without the Lib Dems and some of the Tory measures which were stopped (but are now back on the agenda).

It has since been the Conservative way to claim measures such as pension reform, raising the tax threshold and the pupil premium as their own and the Labour opposition to dismiss the coalition as ‘Conservative government’.

The book seeks to correct this rewriting of history and also to explain the Lib Dems’ political disaster after a 2015 election in which the Conservatives successfully exploited fears of a Labour/SNP government (and may try to do again).

My own rejection and defeat in Twickenham, followed by re-election, provides personal experience to reinforce the wider narrative.

The demise of the Liberal Democrats opened the way to the Brexit referendum whose result has dominated and polarised politics since. The Remain reaction to the referendum provided a new role for the Lib Dems as a champion of the Peoples’ Vote and the party recovered strongly in local elections and then the European elections of 2019.

But it came to nought with Boris Johnson’;s victory in the subsequent general election opening the way to the completion of Brexit legislation and the realignment of and within political parties.

Yet the Brexit issue is dormant rather than dead. A time is approaching when there will be strong public demand to restore close economic and political relations with the EU.

There are also important, wider, political lessons for the future. Coalition is an unlikely outcome even if the next election is ‘hung’. Tacit understanding between parties will be the mode of co-operation. And a non-Conservative administration will very likely lead quickly to a reform of the voting system which will make a return to single party rule difficult.

An overall theme of the book is the partnership of husband and wife in politics. Such partnership provides invaluable emotional support in a very stressful profession.

But the spouse provides not just support but independent comment and judgement on the issues and personalities involved.

Hopefully, our book will resonate with others for whom politics isn’t just an individual journey but a partnership:

“To have the core strength both as individuals, and as a couple, and at the same time to make your own shape in your own space which together make an exciting and harmonious whole.”

TODAY: join us for the formal launch: with the Lib Dem History Group in the National Liberal Club, 1 Whitehall Place, London SW1 on Friday 7 October 2022, at 6.30pm. (https://liberalhistory.org.uk/events/ )

You can also hear the authors online at a Radix UK event on 11 October at 6pm:
https://radixuk.org/events/vince-cables-coalition-memoirs/

The Rt Hon Sir Vince Cable was formerly Secretary of State for Business, Innovation and Skills, President of the Board of Trade, leader of the Liberal Democrats and Member of Parliament for the Twickenham constituency. He was a former Chief Economist at Royal Dutch Shell.

His publications include Open Arms (2017), After the Storm: The World Economy and Britain’s Economic Future (2016), Free Radical, A Memoir (2010), among others. His memoir of the 2010s, written with wife Rachel, was published recently (Partnership and Politics in a Divided Decade).

Vince is currently a professor in practice at the London School of Economics, and visiting professor at Nottingham University and St Mary University, chair of HCT Group and director of RemindMeCare.