The emerging cartel of the sanctioned 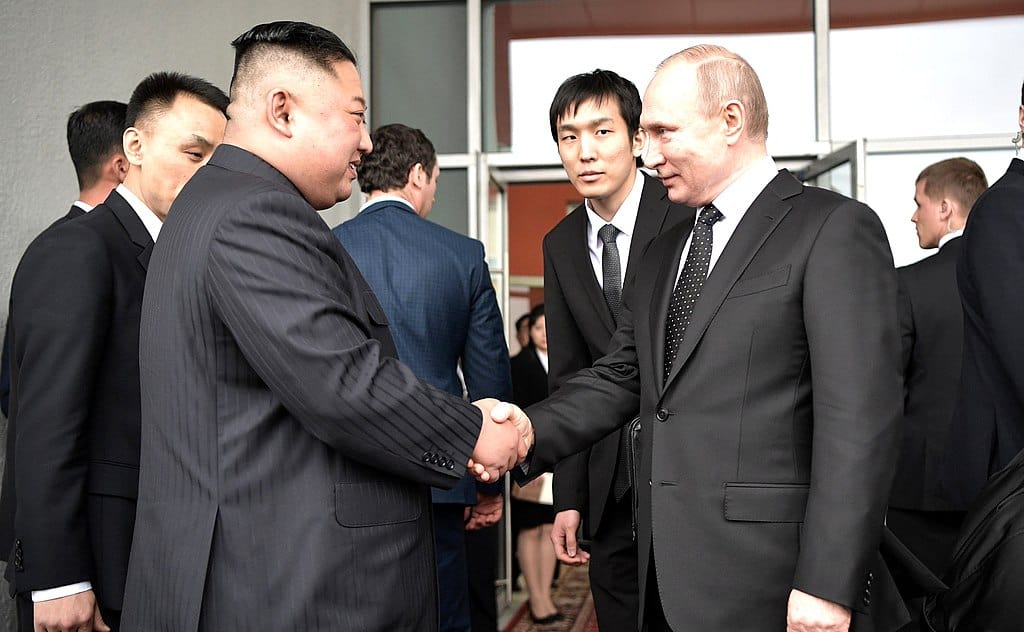 Over the last three decades, the United States of America has increasingly resorted to economic sanctions in its foreign policy.

Relying on the financial hegemony of the dollar, they have even become their major weapon, since American strategists, after the failures in Afghanistan, Iraq and Libya, gave up on military expeditions for regime change.

Today, this policy of sanctions applies mainly to four authoritarian countries, all of which have (or are about to have) nuclear weapons: Russia, China, North Korea and Iran.

Having overestimated his forces and failed in his “special military operation” in Ukraine, Vladimir Putin is trying to regain his geopolitical health by creating a cartel of the sanctioned. This was the whole point of his Eastern Economic Forum (EEF), organized in Vladivostok, which the Russian president opened on 7 September 2022.

This cartel is being set up, through the multiplication of political contacts and military exercises between sanctioned countries. Neither China, nor Iran, nor North Korea condemned the Russian aggression on Ukrainian territory in February 2022. In Vladivostok, the sanctioned countries worked on the de-dollarisation of international trade.

Unable to bear the moral lessons (often accompanied by sanctions) given on human rights by the Western bloc, the sanctioned paid tribute to the UN principle of the intangible sovereignty of states. Hearing Russia defend this principle was not without its own flavour.

When it sanctions a new country, America demands – and often obtains – that its European and Asian allies align themselves with its position, even if they sometimes manage to be less severe in order to preserve their own economic interests.

When it unilaterally withdrew from the July 14, 2015 Iran nuclear deal, its European allies, who were also signatories to the agreement, refused to follow it in its policy of returning to sanctions. But this did not change anything, as European companies and banks operating in Iran self-sanctioned, for fear of retaliation from the US Treasury.

Iran now has a chance to get out of the sanctioned cartel, by returning to the Vienna agreement, which America is willing to join. The texts are ready, all that remains is to sign them. For obscure reasons, the politico-religious Iranian leader still refuses to do so.

Tomorrow’s geopolitics will be that of the confrontation between the Western bloc and the cartel of the sanctioned.

The African, Indian, Latin American and Asian worlds will watch as spectators. Because of the balance of terror of the nuclear weapons (possessed by three countries of the Western bloc), this confrontation will be more legal, economic and technological than military. However, the accidental occurrence of the last option cannot be totally ruled out, after some incident, whether air or naval, in areas as tense as the Black Sea, the East China Sea or the Persian Gulf.

What are the strengths and weaknesses of the two major blocs? The strengths of the Western bloc (which in Asia extends to South Korea, Japan and Australia) are above all technological and financial. But these are fragile assets.

The fact that China has developed over the last 30 years by copying Western technology does not mean that it is incapable of innovating on its own. It now trains 1.3 million engineers per year (compared to 37,000 in France). It is likely that geniuses will emerge from this mass. In the telecommunications sector, the technical level of the Chinese has surpassed that of the the West.

Because of its growing boycott by the cartel of the sanctioned, the reign of the dollar is not eternal. China hardly uses it any more in its purchases of hydrocarbons from Russia or Iran or in its trade in Africa and Asia.
The cartel’s main asset is more territorial than demographic. Russian-Chinese Eurasia is six and a half times larger than the European Union! Siberia is depopulated, but with Chinese investment and global warming, it could become a huge Normandy.

It is dramatic that the West has not succeeded in following the triangle advocated fifty years ago by Kissinger: to be always closer to Russia and China than they are to each other.

Peace must be given every chance. A great confrontation is not yet certain. The dictators could fall out. But we in the West had better prepare ourselves for it, politically, militarily, industrially and in terms of food. Because, for us, it is anything but won in advance.