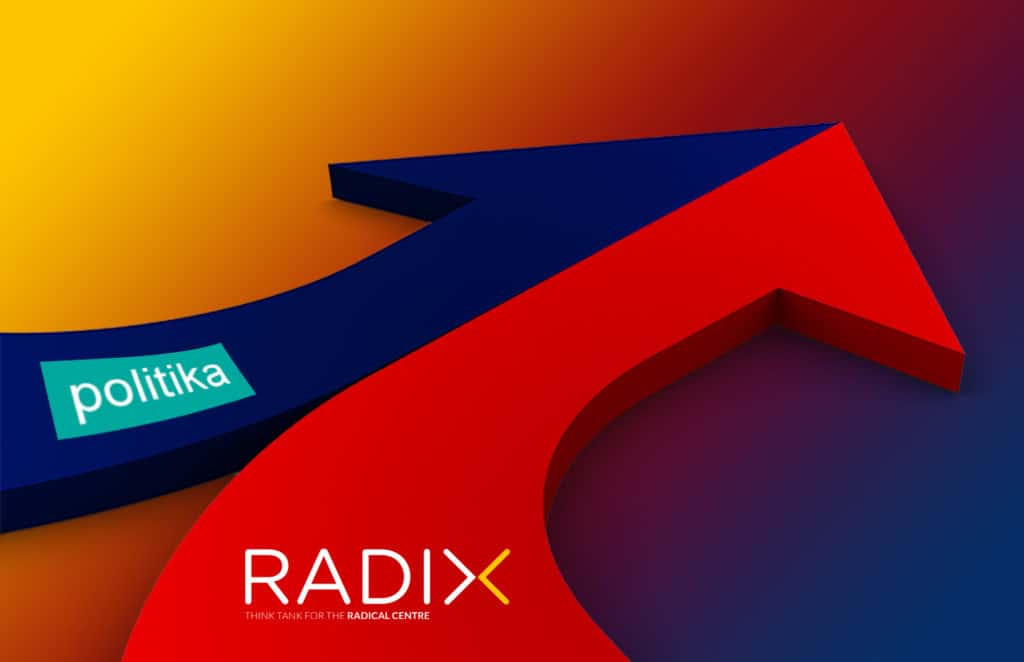 RADIX, the cross-party radical centre think tank, has announced that the online think tank for 16 to 24 year olds, Politika, is to become its youth wing.

Founded by 18 year-old Piers Birmingham, Politika aims to engage young people with politics and policy through opinion articles, policy papers and digital content.   Its ambassadors include MPs Tom Tugendhat, Simon Hoare (Con) and Kate Green (Lab), as well as social and political activist Shabnam Nasimi.  As RADIX’s youth wing, Politika will seek to build on the resources of its parent organisation to provide even more opportunities for young people to engage in constructive political debate.

Over the next year, operating as RADIX’s youth wing, Politika plans to launch an extensive programme of activities in Westminster and on sixth form and university campuses across the country, to challenge traditional party-aligned student societies and equip young people with balanced information from across the political divide.

RADIX, founded in 2016 by a group of entrepreneurs, was the originator of the Common Market 2.0 proposal and has also published ground-breaking papers on monetary policy, corporate governance, localism and regulating cannabis.  Last December, it absorbed the Radical Policy Centre, a network of high level, policy-focused academics, which is the brainchild of Professor Colin Talbot and Dr Carole Talbot.

By bringing Politika into its fold, RADIX is now offering young people the opportunity to be involved at the heart of public policy debate and formulation.

“RADIX exists to challenge traditional notions of how things are done.  Think tanks tend to be the preserves of experts and academics.  While of course their contribution is important, we need more challenger voices in our policy-making.  That is where RADIX started, established by entrepreneurs and those from outside the traditional policy world.  Now the addition of Politika to our network will further extend our ability to bring in new thinking.  I am very excited by what lies ahead.”

“We are delighted that Politika, an organisation that I founded when I was 16, has matured and will now be merging with RADIX, an established Westminster Think Tank. I am honoured to be joining its board of major change-makers within UK politics. This merger will provide Politika with the resources required to unleash its potential and to be an organisation that is not just known in the corridors of power in Westminster, but every corner of the country.”