Chairman of the Board, Trustee, Gold Patron

Guy has more than 40 years experience in banking and investment banking, with much of his work focusing on the natural resources and heavy industry sectors.

He was a project officer at the World Bank, Vice Chairman of the Credit Committee, member of the Executive Committee and First Deputy Vice President of the Banking Division at the European Bank for Reconstruction and Development, Senior Vice President at Lehman Brothers and Board member and Chairman, Eastern Europe for Robert Fleming & Co.

He has acted as adviser to the European Commission on a number of issues and chaired the Private Sector Consultative Group on the future strategy for the EC aid programmes in the former Soviet Union.

He is currently Chairman of the Board at AG Insurance and holds board positions at Ageas S.A., AMG Advanced Metallurgical Group N.V., Ivanhoe Mines Limited and other privately held companies. He is a Senior Advisor to the Atlantic Council. 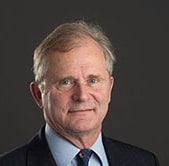 On becoming chair of Radix

We can and we need to lift the lockdown faster